Time for a rethink

Home > Features  > Time for a rethink 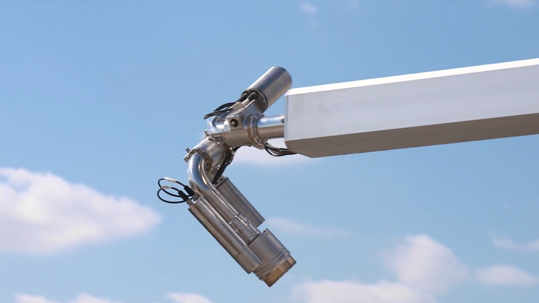 27 Mar Time for a rethink

Posted at 16:34h in Features by FME Magazine
Share

A number of these structures, particularly those in Dubai, were cladded using aluminum composite panels, allowing the exterior of the building to be designed in architecturally-pleasing shapes. However, the aluminum composite panels with a polyethylene core are highly combustible and have led to many dangerous and destructive fires. Based on research from Johnson Controls, it is estimated the United Arab Emirates (UAE) has more than 400 buildings with flammable cladding. In addition, Manamah, Bahrain has 65 tall buildings with combustible cladding, Kuwait City has more than 40 and there are countless others in both Saudi Arabia and Qatar.

Over the past decade, there have been several high-profile fires in the Middle East. Dubai’s Torch Tower has experienced several fires – the most recent occurring in January 2019 (The Telegraph, 2017 and The National, 2019). In 2016, The Address Downtown Dubai hotel suffered significant fire damage and injured more than a dozen people (The National, 2016).

In 2012, the UAE Fire and Life Safety Code was amended to ban the future use of highly flammable exterior cladding panels on medium and tall towers (Baldwin, 2012). Several large-scale fires have occurred as a result of combustible cladding, including the November 2012 Tamweel Tower fire that spread through 34 storeys before being suppressed (The National, 2012).

However, firefighters are still challenged with suppressing fires in the UAE and throughout the Middle East, as combustible cladding remains in many of the older buildings. Since fire can spread from four floors to 20 floors in fewer than 120 seconds, as evidenced by the Tamweel Tower fire, it heightens the urgency for firefighters to reach the scene quickly. This is of particular concern in large cities where heavy traffic congestion can further delay the fire brigade’s arrival.

The height of a building can present a significant challenge to traditional firefighting methods. The combined reach of engine and waterjet for firefighters is approximately 60 metres, far short of the height of many buildings in the Middle East. The other challenge lies in early detection. With little or no exterior detection technology in place, most buildings rely on occupants or pedestrians spotting the fire and alerting the fire department.

Having an on-site, standalone suppression system with the potential to suppress an exterior fire before the fire team arrives is an optimal solution for tall buildings. In fact, an autonomous fire suppression (AFS) system licensed by Unifire AB has been developed that quickly detects and locates a fire event, then pinpoints and suppresses the fire within seconds, helping to significantly reduce damage to the building while potentially saving lives.

The AFS system operates 24/7/365 and utilises existing fire protection infrastructure, minimizing the need for additional water supplies, pipework and pumps. The system can detect up to four exterior fires at once and can be monitored using a PC or smartphone with a graphical user interface and web support.

The AFS system detects fires using array-based infrared flame detectors installed on the exterior of the building. These sensors are directly connected to the AFS programmable logic controller to constantly look for the presence of flames on the façade of
the building.

The extension boom can extend up to four metres outside the building in under eight seconds. Once the robotic monitor is positioned, the deluge valve is activated to open, allowing water to flow through the boom and robotic monitor to suppress the identified fire.

While AFS technology does not replace the need for a fire response team, it is a powerful addition to the arsenal of firefighting tools. Since fewer human resources are needed to address the exterior fire, firefighters can focus on eliminating any existing interior fires, helping building occupants evacuate and protecting adjacent structures from fire spread.

In early 2018, a full-scale fire test programme was conducted in accordance with SP Method 5483 at Thomas Bell-Wright International Consultants facility in Dubai, UAE, in cooperation with the Research Institute of Sweden to assess the performance of the AFS system. The fire test programme included a series of targeting tests and a series of full-scale combustible façade tests to determine the ability of the system to detect and locate early-stage fires and prevent spreading on the exterior surface of a building with combustible façade materials.

Each targeting test assessed time to detection, time of water delivery to the burning fuel and visible suppression. The average detection time for the test series was under 10 seconds after ignition of the fire, with the fastest detection time of six seconds and the slowest detection time of 19 seconds. The average water delivery time to the target after the system detected the fire was 12 seconds, with a minimum time of six seconds and a maximum of 28 seconds. A total of 28 tests were completed and all targets were either highly suppressed or extinguished.

The large-scale performance tests were conducted to verify the system was able to adequately prevent fire spread on a simulated full-scale façade. A total of three tests were successfully completed with positive results. Visual observations after all three tests with suppression showed less than 10 percent of exterior cladding material fire damage.

The temperature data collected in the eave and in the cavity of the cladding system showed a peak temperature of 95°C for less than one minute collectively. After the test fire was controlled, the temperature of the affected area dropped to under 40°C in over 90 percent of all cases. The application of water by the monitor was observed to provide rapid knock-down and local extinguishment of flaming on the exposed combustible façade materials for the duration of the tests.

The results of this test programme demonstrated the capability of the AFS system to rapidly and autonomously fight an early stage fire anywhere within its coverage area. The system effectively contained flashover fires, prevented fires from spreading via the exterior of the façade surface and limited severe fire damage from the point of origin.

Replacing combustible cladding in a tall building can generate excessive costs. Implementing the AFS system, designed to comply with international fire codes and standards, is just a fraction of the cost of replacing building material. New fire safety rules have come to some cities in the Middle East, including Dubai, that may require building owners to replace the flammable material. In 2017, Dubai officials began asking tall building owners in the UAE to make their façades more fire resistant (Torchia, Bolton, 2017). However, it is unclear how many are willing or able to comply.

Having AFS technology on premise provides rapid detection and suppression to reduce the spread of fire, resulting in less damage and increased peace of mind. It also supports the efforts of firefighters, allowing them to re-focus resources on other important life safety operations like evacuation to help further minimise injury and loss of life.