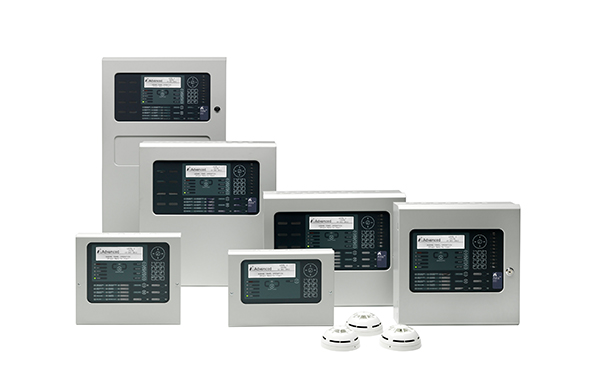 Axis EN, the Fire System for the EN World

In protecting people and property from the threat of fire, why install anything less than the best on your site?
Whether you want to minimise false alarms, integrate with building management systems or remotely monitor networked sites, Axis EN’s powerful solutions bring you peace of mind that you are in complete control of your fire protection.

Global fire systems leader, Advanced, has been manufacturing high-performance fire protection solutions in the UK for over two decades.

Our UK-made products are trusted to protect people and property around the globe, in diverse sites ranging from large-scale industrial complexes and oil pipelines to universities, hotels and transport hubs.

With all system components approved to EN54, Axis EN has been tested to the highest standards of quality, reliability and technical integrity.

The system’s not only robust, but also easy to use – from installation and commissioning to servicing, maintenance and day-to-day operation. Whether you’re networking complex, high-risk sites with complicated cause and effect or integrating with a building management system, intuitive software and panel navigation make setup straightforward.

When it comes to detection, Axis EN bring you some of the best-performing and most versatile wired and wireless devices on the market. They’re also a powerful tool in minimising unwanted alarms when used alongside AlarmCalm, our versatile false alarm management and reduction software.

Advanced’s industry-leading fire protection technology is backed up by highly-rated technical support, training and customer service, so you can enjoy the highest levels of reliability and peace of mind when you choose Axis EN. 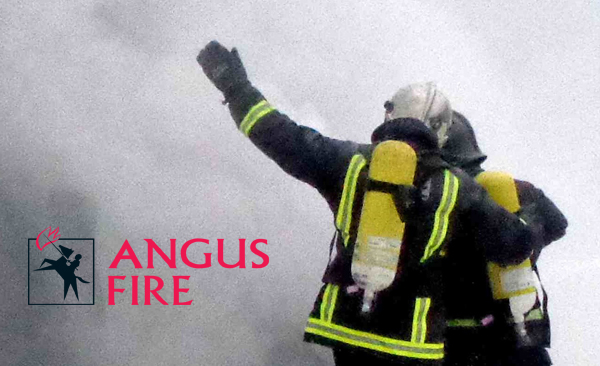 Firefighting Foam: What on Earth is going on?

In 2019, the US Government passed legislation, which requires the US Department of Defence to stop buying and using fluorinated foams by 2024.

In Europe, the rate of change follows the global trend, the European Chemical Agency (ECHA) agreed in 2017, to give the industry 3 years to comply. This means by July 2020, the production and sale of foams containing higher than mandated levels of PFOA (C8) will be banned.

What does the future hold for users? The key is understanding your facility’s risks, then to talk with foam producers to marry up a foam/foam system to meet your needs by mitigating your risks in a safe and responsible way.

Angus Fire has a detailed conversion plan, which is scalable for any site ranging from an airport or a refinery through to a small or large municipal fire and rescue service.

To find out more about foam get in touch with Angus Fire www.angusfire.co.uk 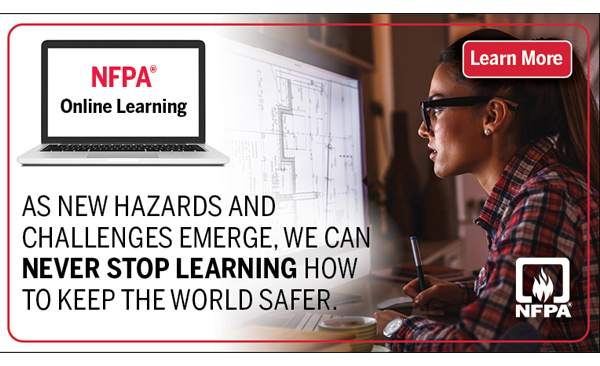 With in-person learning on hold due to coronavirus (COVID-19), NFPA online training provides safe and convenient ways to increase your skillset and further your career. Explore learning opportunities in fire protection, building and life safety, electrical work, health care, and a variety of other safety-related topics.

Administered by the organization that helps develop the codes and standards, NFPA online learning features everything from expert information and instructional presentations to engaging videos, interactive exercises, and scenario-based activities. Our high-impact coursework is designed to teach you how to use NFPA codes and standards to consider the safest ways to solve the problems you encounter at work. Our online courses make it possible to access world-class training at your own pace and schedule from the convenience of your laptop or PC.

While the impact of the COVID-19 pandemic continues to grow and cause disruption around the globe, NFPA remains committed to providing the resources you require when and where you need them most. Help improve public safety in your community, keep your career moving in the right direction, and ensure your team of skilled professionals achieve high performance by choosing the flexible, cost-effective online learning series that are right for you. Learn more. 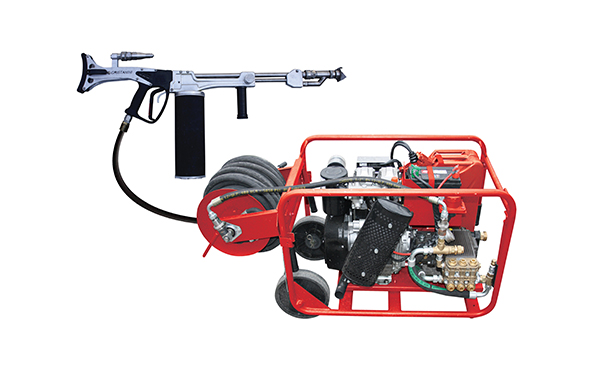 Cristanini Spa, international leader in the production of waterjetting systems, takes a leap forward in the construction of anti-fire equipment with two advanced systems of first attack on fire in open or confined areas.

According to industry statistics, almost 80% of the Fire fighters interventions take place for small fires and the new systems have therefore been designed to ensure rapid, effective and safe interventions using modest quantities of water before the fire becomes uncontrollable.

The speed is obtained by containing dimensions and weights in order to utilize light and manageable road vehicles, while the effectiveness and the modest quantities of water are the result of the use of the water mist technique  that turns a jet of water into a very fine mist (1 liter of water at 350bar produces 2 bilions of drops with a drop diameter of 9 ÷ 30 µ and a heat exchange surface of 50m2) able to dilute the O2 of the air by cooling and suffocating the fire as well as creating a thermal barrier on the hot spots.

Furthermore, the use of modest quantities of water is of particular importance, not only because it involves less weight to be transported, but also because it reduces the damages of the intervention which are sometimes greater than those of the fire itself.

Finally, safety is guaranteed by the fact that the Cristanini systems, unlike competitive groups, are perfectly compliant with the Machinery Directive (2006/42/CE All.1).

This equipment is characterized by reduced overall dimensions for installation on small vehicles and it presents particular versatility thanks to the use of a lance-nozzle system with 4 functions: High Pressure, Low Pressure, Water Mist, Water + Foam.

The WJFE-300 system ( Water Jet Fire Estinguisher) instead is a new generation Cutting Extinguisher with simple and intuitive use, which fully complies with Machinery Directive,  for the first fire attack in confined spaces where it is needed to access and quell the fire without creating dangerous backfires.

In fact, the use of a special lance, equipped with an abrasive tank, creates in a few seconds on any wall a hole. Through this hole a jet of Water Mist, in the form of very fine mist, is injected by a special nozzle with ruby ​​insert; the Water Mist jet suffocetes the fire, cools the environment and does not damage people or things. 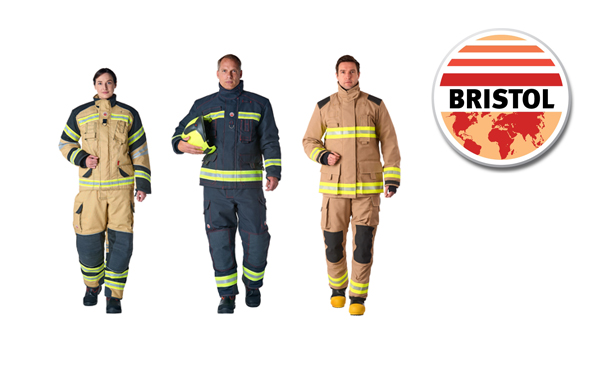 In response to growing demand for high quality PPE that is immediately available, Bristol Uniforms has launched its first ever selection of stock styles for structural firefighting. The stock designs feature the most popular elements of the company’s existing top-quality ranges and are available for customers throughout the Middle East.

Although the stock styles are ready made, once an order is placed, personalised heat-sealed identification patches can be added to the back of each coat.

Ergotech Action is another popular structural firefighting range, adapted into two distinct stock styles. One adheres to the CEN standard EN469 Level 2, featuring a navy Hainsworth TITAN1220 outer layer and a Gore Crosstech Fireblocker moisture barrier. It has underarm gussets and a pleated back panel for improved ergonomics. The second design, which conforms to NFPA 1971:2018, is similar but comes in a Desert Tan colour. It has distinguishable box bellow pockets on both the coat and trouser, and thumb holes on the cuff to prevent exposure around the wrists. 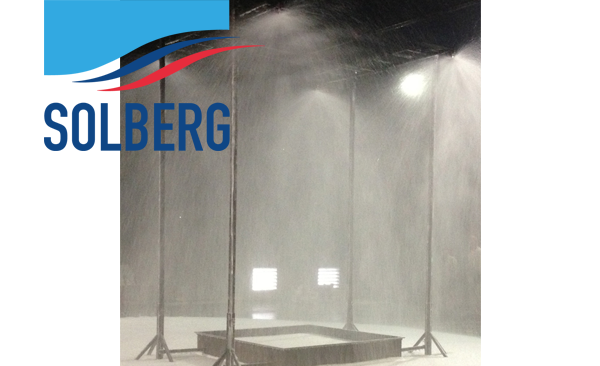 With increasing pressures to remove fluorinated firefighting foams from the marketplace, one application seems to have been overlooked – foams in conventional sprinkler and spray systems to suppress Class B flammable liquid fires.

The design requirements for sprinkler systems that employ firefighting foam can be found in International Standards such as NFPA Standards #11, 16, 30 and 409. All these Standards require the use of Approved or Listed foams that have been specifically tested for use in sprinkler or spray systems. Foam performance standards that include UL-162, ULC-S564 and FM-5130 have very stringent testing protocols to determine the effectiveness of the firefighting foam when deployed through standard non-air aspirating sprinklers or spray nozzles.

Often however, these foam changeouts will require some amount of design work to ensure adequate protection is provided. Engaging a fire protection engineer, special hazard suppression company or sprinkler contractor prior to design a retrofit system is recommended.

Due to the Coronavirus outbreak, many events have been cancelled or postponed. Please check the event website for further details