Posted at 11:28h in Features by FME Magazine
Share

It is claimed that a chemical firefighting foam was first patented as a fire extinguishing media in the UK in 1877 by British scientist Ambrose Godfrey. However, the first truly successful chemical based firefighting foam was created by Russian engineer/chemist Aleksandr Loran in 1902 and subsequently used to successfully extinguish a fire in an 11 metre storage tank in 1904. Loran operated at an oil production site at Baku in modern day Azerbaijan. By the 1920’s foam was being produced by mechanical means used to introduce air into the bubbles, eventually leading to induction systems and proportioning and dosing systems.

Since then firefighting foam has become the only viable means to effectively extinguish a large atmospheric storage tank or spillage fires involving flammable liquids, such as hydrocarbon products, in both crude and refined states. Alcohols and Polar Solvents present additional challenges, all successfully met by current firefighting foam development. 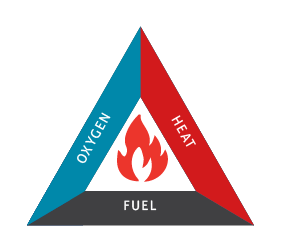 Water based foams will also cool the fuel and as the water content boils and turns to steam, it absorbs 2,200 joules of energy per litre.

The process, in theory, is quite simple; the solutions have taken years to develop with some of the brightest minds around and with significant financial investments by major international chemical and engineering companies.

Key success factors include the effective expansion rates and its ability to remain stable and resist burn back, thus creating an effective and robust capability to seal and reseal.  Foam should also resist potential contamination and avoid picking up fuel.  A swift knock down and subsequent extinction is, of course, a much valued characteristic. In complex facilities and difficult to reach areas of a plant, the ability for a foam to fluidly flow around complex structures negates the need for hazardous, manual intervention by emergency responders.

In 1999, the UK Environment Agency agreed a protocol with the Local Government Association to control the potential pollution of controlled waters by minimising hazards to the environment caused by fire service activities. The protocol effectively required significant control measures by fire services to ensure that Firefighting foam used during training sessions did not enter water courses.

On the 16th May 2000, 3M, one of the world’s largest producers announced the phasing out of a successful facility in Minnesota, USA , used to produce perfluorooctanyl chemicals used in surfactant products, including firefighting foam. The Executive VP of 3M Speciality Markets is quoted as saying “Whilst this chemistry has been used effectively for more than 40 years and our products are safe, our decision to phase out production is based on our principles of responsible environmental management” the 3M decision received much positive acclaim from the US Environmental Protection Agency (EPA)

During August 2002, the first of 5 international conferences took place to discuss, explore and debate the use and development of firefighting foams. Delegates included scientists, regulators, academics, manufacturers and importantly, end users.  A key focus was on the impact of Perfluorooctane Sulphonate (PFOS) and Perfluorooctanoic Acid (PFOA) used as a surfactant in firefighting foam

Evidence was presented by the UK Department for Environment, Food and Rural Affairs (DEFRA) indicating that firefighting foam would break down in the environment until a very stable long chain molecule remained.  This would not breakdown any further by natural means.

DEFRA advised that PFOS was persistent, bio-accumulative and toxic. It was associated with bladder and other cancers and it presented a risk to reproduction, birth defects & foetal development, hormone, cholesterol and immunity.

It had been found in birds, fish and a whole range of mammals. Of real concern is that PFOS has been found in in humans. It was also present in surface water and artesian wells. PFOS was undoubtedly into the food chain.

During the 2004 conference, a major international “wild well” firefighting company announced “there is no alternative to a fluorine based foam if we are to extinguish a tank fire”. The US based Firefighting Foam Coalition (FFFC) wholeheartedly concurred with this statement.

End users were, understandably, confused by passionate arguments for and against fluorine based foams.

There was a clear and fanatical difference of opinion between the USA and Europe.

As the 2009 conference took place, the transatlantic split became more pronounced, with Germany and Australia confirming their allegiances with the European view. Much discussion took place over the structure of the long chain molecules based on c8 and c6 chemistry both being fluorine based molecules. But interestingly, the doubtful chemical companies from 2004, indicated they had indeed succeeded in producing some prototype fluorine free foams.

In a study conducted in Melbourne, Australia on 149 serving firefighters, the research found that they had significantly elevated levels of PFAS in their blood streams. Contamination was thought to have occurred on the fire station via firefighting foams, through ingestion, absorption and inhalation of aerosol sized droplets during training exercises.

By July 2016, Queensland had issued a governmental legal policy regarding the environmental management of firefighting foam. It adopted a “polluter pays” policy which put the cost of clean-up and remediation firmly on the shoulders of the users, primarily the oil and gas companies.

By December 2016, the DOD reported spending over $200 million at or near 263 installations to address the issue. In a June 2018 report to Congress, DOD stated that no commercially available PFAS-free foam had met DOD’s performance requirements and that research to develop such a PFAS-free foam is ongoing. The MIL-F-24385 Test appears to be heavily written a round an AFFF Foam. DOD has committed over $11 Million towards research into alternative firefighting technologies.

By 2020, a great many foam manufacturers, including 3F, Solberg, Dr.Sthamer, DuPont, Angus, BioEx and others had succeeded in producing Fluorine free foams. Interestingly, many of these foams can be used on both hydrocarbon and polar solvents, by varying the concentration rate.

These foams have been rigorously subjected to the Large Atmospheric Storage Tank Fire (LASTFire) testing protocol). LASTFire is a consortium created from over 20 international oil companies, with the intention to review the risks associated with large storage tanks, which included a foam performance test. The LASTFire Foam performance test is now considered to be the de facto test for firefighting foams used in industrial settings.

LASTFire conclude that some Fluorine free foams can now meet their performance tests. They add the caveat that application rates, equipment and techniques need to be considered by end users. They also state, that it is unlikely that “one size fits all” and recommends foams are procured based on the specific characteristics of the hydrocarbon on site.

The arguments over fluorine based foams versus fluorine free foams continues.

The United Nations Environment Programme, Persistent Organic Pollutants Review Committee has recommended that by the end of 2022 to restrict the use of foams containing PFOA related compounds.

This may put an end to all arguments.