Posted at 14:36h in News by FME Magazine
Share

The British building science research centre BRE has developed a new rig to test the fire protection systems used on steel frame beams that are critical role in maintaining the load bearing capacity of multi storey buildings during a fire.

The rig can apply loads of up to 1000Kn on a protected beam under fire testing conditions and is aimed at manufacturers of protection systems such as intumescent paints, epoxy and ceramic blanket coatings. 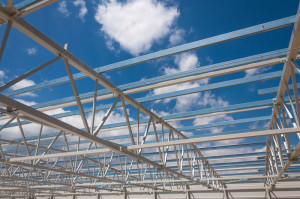 Debbie Smith,  a BRE Director , said: “As land becomes scarcer, developers are building upwards with steel frame systems . The beams and columns that make up the frame are getting bigger and are taking more structural load.

“It’s crucial that the right level of fire protection is applied so that in the case of fire, the structure continues to carry the load for the period of time necessary to allow occupants to exit the building and the fire authorities to start fighting the fire.”