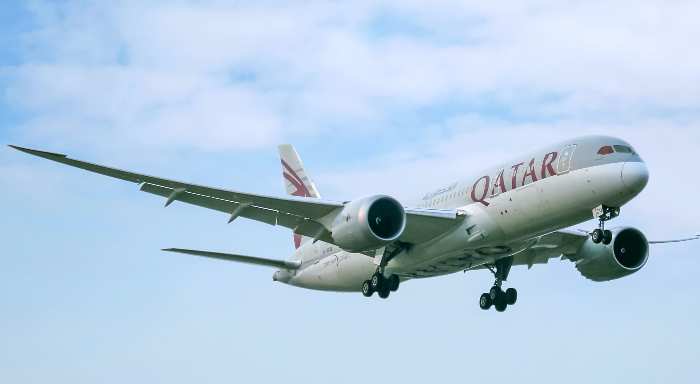 Posted at 04:00h in News by Niamh Spence
Share

Qatar Airways has raised a serious fault with several Airbus A350s, which could cause fuel tanks to ignite. The faults have been raised as part of an ongoing legal battle between Airbus and Qatar Airways.

The Doha-based carrier has raised concerns that flaws on the surface of the A350 fuselage could attract pollutants, such as salt or hydraulic fluids, and damage the aircraft’s lightning protection.

This latest dispute adds to an ongoing battle since late 2021. Last year, Qatar Airways sued Airbus over fuselage surface deterioration on its A350s, seeking more than $600 million in compensation. Qatar Airways, which has 53 A350s in its fleet, claims it had to remove a total of 22 aircraft from operation.

A Reuters investigation confirmed that the issue Qatar Airways has with the A350 is not an isolated case. A private maintenance message board, used by Airbus and A350 operators and reviewed by Reuters, highlighted that Finnair had also raised concerns over paint as early as 2016, and reported in October 2019 that surface damage had spread to the anti-lightning mesh below.

As the legal battle continues, Qatar Airways took to Twitter to update on the current situation. The account shared: “It is important to clarify that neither Qatar Airways nor its legal team are aware of any efforts by Airbus to try to resolve the situation in an amicable way; in fact, the actual situation is to the contrary.”

It added: “In a further development, Qatar Airways regrets to advise that its regulator, the Qatar Civil Aviation Authority (QCAA) has now revoked the Airworthiness Review Certificate in respect of an additional A350 aircraft resulting in a total of 22 Airbus A350 aircraft now grounded.”