It started with a bucket

Home > Features  > It started with a bucket 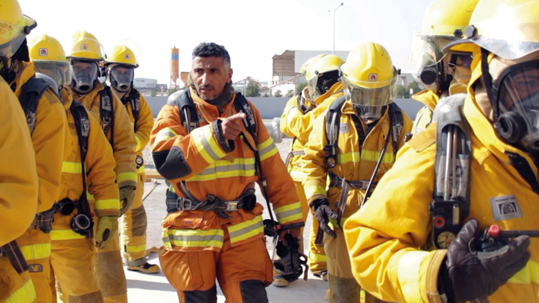 27 Mar It started with a bucket

Posted at 16:38h in Features by FME Magazine
Share

Firefighting as an organised operation is as ancient as known history can tell us explains Ashley Price, Vice President, Fire Science Academy, KSA. The first historical accounts of organised fire brigade operation are believed to be from the Roman period in 115 BC, however, almost certainly predate this era and most likely were born from the efforts of volunteers or persons under a command directive.

The first indicators of fire brigade operations formalisation appear, not surprisingly, in heavily concentrated urban environments (The Cities of Ancient Rome, Alexandria, London and later Philadelphia to name a few time transient examples) where containment of a fire could mean the difference between an isolated incident or total loss of a city.

The ancient Roman Vigiles (only 2000 years ago) were arguably the first organised group of trained, full time career, professional firefighters. As population, urbanisation, industrialisation and transportation has evolved and grown across the millennia, even with the advances in the technologies we employ for firefighting and emergency response today, there is no escaping the absolute need for robust organisation and sound operational execution. We have come a long way since the ‘Bucket Brigade’, as indeed have the circumstances and responsibilities we carry in relation to our emergency response efforts during incidents.

Many organisations within the Middle East region are now faced with such responsibilities and with those responsibilities comes the challenge of establishing, operating or outsourcing their own emergency response services. Whichever route is taken to implement the services, understanding how they are managed is critical.

Determining which standard might be used to organise a fire department is not an easy question to answer. The response is ultimately driven by the level of service your organisation is responsible for providing and this inevitably involves local and national directives.

For privately, non government or State funded fire departments, that are established for specific sites or organisations, NFPA 600, The Standard on Facility Fire Brigades is often utilised. However, this standard really evolved from the need for industrial fire brigades tackling site specific incidents and essentially assumes that operations are limited in scope (levels of service). The limits are dictated by the minimum level of training for fire brigade personnel that allows tactical intervention, be it Offensive action or Defensive action to that prescribed level of training which in turn correlates to the NFPA 1081 Standard for Facility Fire Brigade Member Professional Qualifications. As the NFPA 600 standard is ultimately written with facilities within the United States in mind, it assumes that there will be support by a career and or volunteer fire department operating under government or regional governing entity control which essentially operate to a more diverse and higher level of emergency response standards. Therefore, NFPA 600 is not a standard aimed at the provision of services to the public, it does not define levels of service (response times) or staffing levels and limits the level of action that can be un undertaken by a facility fire brigade for logical reasons.

We use the term ‘City’ very often in the Middle East to describe a large area dedicated to a particular type of development or economic growth or service initiative. For example, an Economic City might be a major area dedicated to light industrial, pharmaceutical or technological industry, a Medical City might be a massively consolidated area for health services, Sports City, Resort City etc. etc. Some university campuses are the size of small cities. If you are the authority having jurisdiction and have responsibility for the provision of emergency services, you will have heavily diverse risks and as such, creation of an emergency response organisation capable of appropriate service delivery is a key challenge.

Development of an emergency response Organisation and Operations document should always take account of the risks and responsibilities for response to those risks. Any expanded site with different types of risk (e.g. traffic, industrial structures, warehouse buildings, office buildings, residential buildings, aircraft, trains, ships etc.) is the starting point from which we plan. Any of these risks could require a Medical, Fire, Rescue or Hazardous Materials response.

From an Organisation and Operation perspective, response or service levels addressing such risk will need to be achievable and deliverable to an accepted standard. Organisation and Operation must be permanent, maintained and improved upon as necessary, and, dependent on the degree of responsibility in terms of service level, must allow Key Performance Indicators to measure effectiveness.

Even with the heavily simplified categorisation of risk and establishment of response goals, we can immediately see that the process of developing an Organisation and Operations document needs clear guidance.

Dependent on the extent of service level required, We know we have the NFPA standards of 1710, 1720 and 600 to use as guides. Given the situations faced in the Middle East for the provision of emergency response services, consideration of the level of support that can be expected from government funded agencies and the operational remit we gain from governing entity control should help us determine what the capabilities of our emergency response organisation needs to be.

We can follow the whole NFPA 600 standard if our remit only requires the level of response that an NFPA 1081 Fire Brigade member can deliver.

However, if we have to deliver more expanded services, demanding personnel with more advanced training and broader operational capability, then we can start to incorporate elements of the NFPA 1710 or 1720 standards (specifically elements from Chapters 4, 5 and 6 of NFPA 1710 – 2016 Standard or Chapters 4, 5 and 6 of NFPA 1720 – 2014 Standard) as appropriate to the areas of our operations.

The concept of mixing these NFPA standards to meet a goal may seem unusual, however, from my observations of the challenges faced in the Middle East and the design parameters of the relevant NFPA standards being essentially designed around entities in the United States, I believe this incorporates the best practices of NFPA with localised necessity.  Whichever direction is taken, regulatory compliance with the government or regional entity your organisation falls under will still need to be met and satisfied. In many instances, government and regional entities are specifically utilising NFPA standards.

In terms of training standards, as we have mentioned, NFPA 1081 is the minimum standard for a facility or industrial fire brigade (not intended for public service). This training standard does not replace the NFPA 1001 Firefighter I & II standard as required by a career or volunteer firefighter operating in a service to the public. There are further specialised standards for training also and for very good reason, everything we do as responders can be application specific and life critical, as such, only the highest standards of training can be employed. That said, if an organisation is responsible for the delivery of more expanded emergency services, then so the level of training and certification must increase also. Matching appropriately qualified personnel to the tasks is mission critical.

The above words from the Latin language (attributed to Julius Caesar) mean ‘I came, I saw, I conquered’. The words were spoken to illustrate how achievement of victory was gained from efficient organised actions (something we know the ancient Romans were famous for). The goal for Organisation and Operation in our profession should be the same.