Fire in a microgravity environment

14 Jun Fire in a microgravity environment

Posted at 15:23h in News by FME Magazine
Share

Attempts by America’s NASA Space agency to design and use fireproof craft have not always proved to be successful. Nearly 50 years ago in February 1967 three astronauts were killed when a cabin fire broke out during a launch rehearsal for the Apollo 1 rocket. And in March 1986 with the advent of satellite TV the disaster which produced the death of seven crew members when the space shuttle Orbiter Challenger exploded 73 seconds after it had taken off from Cape Canaveral was beamed live around the globe. 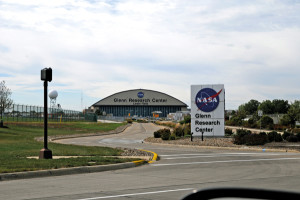 The search for safety in space will gather pace at the end of May when NASA’s John H Glenn Research Centre lights ‘a large scale fire’ on one of its craft in space as part of an experiment which it is hoped will help their designers and scientists understand how fire spreads in a microgravity environment.

Called the Spacecraft Fire Experiment which has been shortened to Saffire the experiment on board the next Orbital/ATK Cygnus cargo mission will begin when the unmanned resupply vehicle has undocked from the International Space Station after dropping off key science supplies.

Describing the experiment, the research centre said the fire would take place in a box full of “cotton-fiberglass composite” and the data generated from the experiment will be beamed back to NASA before Cygnus starts its re-entry to earth.

Instruments on the returning Cygnus will measure the flame growth, oxygen use and more.

NASA scientists already know that flames can be erratic in space but they don’t fully understand their properties and mechanics. The flight, known as Orbital ATK CRS-6, is carrying supplies to assist the space station studying fire, meteors, regolith, adhesion, and 3D printing in microgravity.

Once it departs and the spacecraft is a safe distance from the space station, engineers will remotely conduct the first Saffire experiment before the Cygnus’ destructive re-entry into earth’s atmosphere. And setting fire to the Cygnus along with analysing the data it produces is not the only plan of the NASA exercise. The spacecraft will also become the most expensive rubbish bin ever built in the history of mankind. For in the hours before it is detatched from the space station the Cygnus will be filled by the crew with 3,000 lbs of rubbish which will be burned up as it re enters the earth’s atmosphere over the Pacific Ocean.

However, for all the millions of dollars that has been spent on the Cygnus experiment, at the other end of the payscale Britain’s Tim Peake, who joined the space station’s crew at the end of 2015 has given an insight into the basic fire emergency training astronauts are given before they fly off into space. 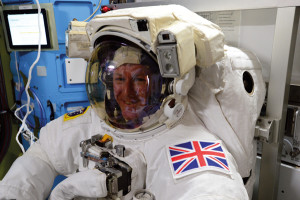 Peake, speaking via a Facebook question and answer session directly from the space station, explained that he had experienced a couple of emergency fire warnings on board but fortunately both of them turned out to be false alarms.

He said: “We have procedures that deal with each case depending on the severity of the situation.

In the most serious cases, we would don breathing apparatus and fight the fire using either CO2, water mist or foam fire extinguishers.

“We would also try and locate the power source and remove electrical power (electricity is most likely to be the cause of a fire on board). The smoke detectors trigger an automatic response from the ISS to shut down all ventilation systems, so as not to feed oxygen to the fire and to reduce the spread of smoke throughout the station.

“We have special detectors that tell us if the air is contaminated with carbon monoxide and other harmful gases – these are used to know when it is safe to remove our breathing masks.

He also explained what would currently happen before the Cygnus in the worst case scenario if there was a large blaze at the station. “We have special filters and equipment on board to clean and scrub the atmosphere to return the ISS back to full health. Only as a last resort would we evacuate the ISS in our own Soyuz spacecraft.