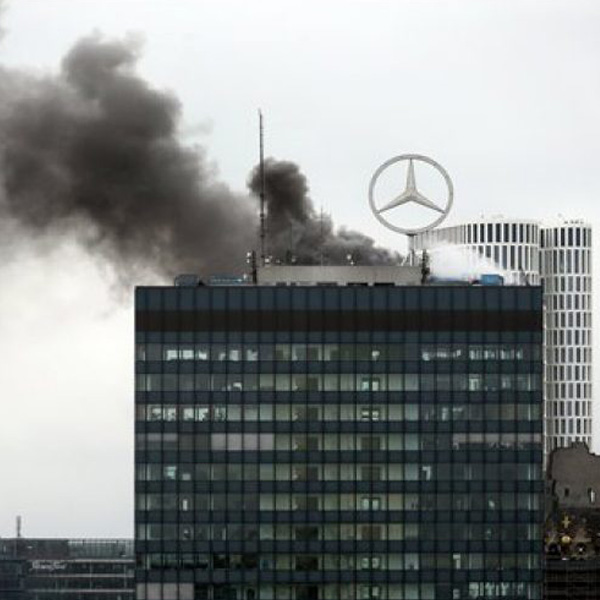 Posted at 11:52h in News by FME Magazine
Share

One of Berlin’s top shopping malls had to be closed down when fire engulfed its roof sending palls of smoke into the sky.

The 20-story Europa-Center is a landmark in the Charlottenburg dirstrict of  western Berlin as its high-end shops have made it a major tourists attraction .

A spokesman for the Berlin Fire Authority said it was too early to identify the cause of the blaze but did report that there had been no injuries.