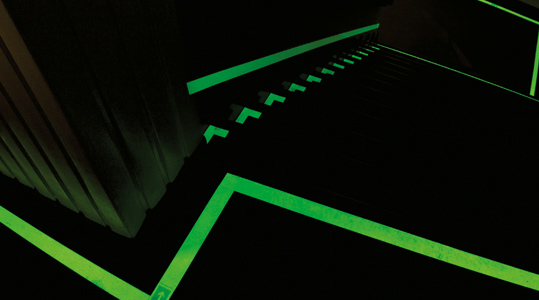 Posted at 17:04h in Features by FME Magazine
Share

Those responsible for fire safety management face many challenges while developing the emergency plans for the buildings they take under their responsibility to ensure the safety of the building’s occupants. Each building will present its own specific challenges towards emergency planning for example, but not limited to, the nature of their construction and the nature of their use.

There is a continuously increasing number of high-rise buildings in the Middle East which, due to their characteristics such as their height and the number of occupants, are difficult to safely evacuate during an emergency scenario.

Tragically, serious fires within high rise buildings globally, the most recent being the fire at the Grenfell Tower in Kensington, London, have highlighted the difficulties that occupants have to endure when evacuating from these type of buildings.

The challenge associated with the safety of high-rise buildings have attracted the special attention of the authorities responsible for fire prevention in most countries. Not only in the context of construction and fire protection measures, but especially with regard to the safe evacuation of people.

Factors that need to be considered in high-rise buildings include high occupation density, increased evacuation times, dense smoke or dust levels, increased and heightened panic levels and limited opportunities for external intervention all of which raise serious problems for evacuation and safety.

Special consideration should be given when planning escape routes in high-rise buildings and this is particularly relevant when considering staircases and stairwells. These areas are the key escape routes from high-rise buildings and are the areas that the occupants will congregate in during an emergency as an effective evacuation can only be achieved by using the emergency staircases, often via several floors. Therefore, it is extremely important that the escape routes are correctly and effectively signed.

To address this challenge, the most recent editions of standards and building and life safety codes, such as ISO 16069, NFPA 101, International Building Code and International Fire Code are now demanding the installation of Low Location Lighting Systems throughout the evacuation routes with a particular emphasis on emergency stairwells.

Smoke accumulation is one of the major challenges that demands careful consideration when a fire occurs in a high-rise building. The intoxicating nature of smoke and the subsequent panic it invokes means that quick and efficient evacuation from an affected area is of paramount importance.

Smoke rises and this inherent fact can seriously hamper an occupant’s ability to evacuate the building as well as seriously hamper the ability of first responders to go in the building and perform their firefighting and rescue duties. Smoke filled stairways become highly dangerous areas and present a high potential for accidents as evacuees may slip, trip and fall or bump against each other or against obstacles that will become difficult to identify in such a hazardous environment.

The installation of a Photoluminescent Low Location Lighting System will allow evacuation routes to be readily identified at all times thereby enhancing the escape conditions and helping to significantly reduce the risk of panic and loss of life.

Photoluminescent signs and marking strips have the ability to produce luminance after being stimulated by another light source. This property makes the Photoluminescent Low Location Lighting Systems the ideal solution to sign escape routes as it is not dependent on electricity to produce its luminance effect in the dark when adequately installed and maintained.

The guidelines for the design and installation of Photoluminescent Low Location Lighting Systems are laid by the standards and building and fire codes previously referred, and when followed will help provide the escape routes of the buildings with a continuous visual guidance throughout the egress by outlining the steps, landings, handrails, changes in the direction of travel and exit doors.

Everlux have significant experience in Photoluminescent Safety Signs and Low Location Lighting Systems and offer a diverse product range to mark escape routes whether these must be applied directly on to the walls or on to floor surfaces.

Should you wish to explore the possibility of improving the safety signage systems within your building and in particular throughout your building’s emergency stairwells please contact Everlux.