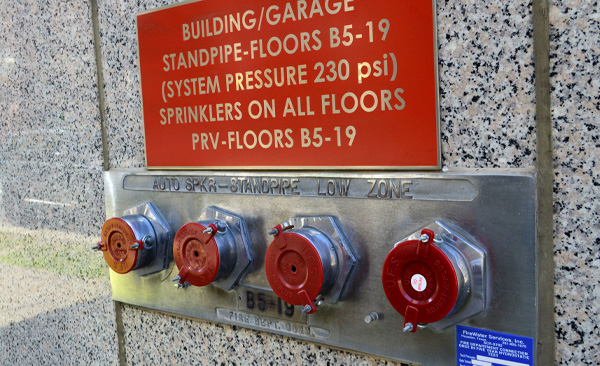 Posted at 08:47h in Features by FME Magazine
Share

In the event of a fire in a building, active fire suppression systems can have a major impact in fire development and spread, and they can be one of the crucial factors in affecting occupant safety. Here Mina Abdo, Senior Fire Safety Engineer at Warringtonfire explains what we all need to know about automatic fire sprinkler systems.

The primary purpose of an active fire suppression system is to control or suppress a building fire to limit its development and spread throughout the building in order to allow sufficient time for occupant evacuation and fire services intervention.

Automatic fire sprinkler systems (AFSS) are a widely-used form of active fire suppression system because they use water as the firefighting agent, which is widely available and inexpensive. Water has desirable fire extinguishing characteristics such as a high specific heat and high latent heat of vaporisation, which can absorb heat from the fire so that combustion is not sustained.

AFSS can be easily incorporated in the fire and life safety strategy and building design, and are generally a cost-effective fire safety measure to satisfy the requirements of building regulations.

The successful activation of an active fire sprinkler system is expected to provide the following benefits:

A wet pipe sprinkler system is the simplest and most commonly used system in various building types and applications.

A dry pipe system is used in applications where the water in the piping would be subject to freezing.

A pre-action system is composed of a piping network charged with air or inert gas under pressure so that the system is airtight, while water is held back by a special pre-action valve. Automatic fire sprinklers are used in the pre-action sprinkler system, as well as an independent detection system that is also installed in the same area as the sprinklers.

Similar to the deluge system, the detection system activates the pre-action valve to admit water to flow into the piping network. Since the pre-action sprinkler system is provided with automatic sprinklers with heat responsive elements, water is only discharged from the sprinklers activated by the heat from the fire.

Pre-action sprinkler systems are generally used in applications where there is a concern for accidental water discharge (i.e. data centres, computer rooms, etc.).

Testing frequently checks the variable factors of a sprinkler, like the deflector patterns and size and shape of the orifice. It also checks the efficacy of the heat sensor and that it is operating against the prescribed response time index.

Applying a testing standard to an active fire testing system saves money in the long run by reducing weekly inspections and testing, and identifying preventative measures that can reduce the likelihood of future expensive repairs.

Completing active fire testing is one of the best ways of demonstrating commitment to duty of care and the ongoing maintenance of fire suppression systems. Bespoke programmes, in conjunction with meeting necessary standards, can move products to market faster while maintaining high quality standards.

Fire sprinkler systems can protect various building types and applications with various hazards as required by building regulations. With flexible design arrangements, relatively low operating cost, and high efficiency in the event of a fire, they are an effective fire safety measure for most fire safety strategies. Importantly, they can also limit property damage and protect life, so should always be considered as part of the fire safety systems in a building’s design.