Posted at 14:29h in News by FME Magazine
Share

Nevada-based AM Fire and Electronics Services were faced with some unique challenge when they were contracted to install a code-complaint fire system at the International Peace Education Centre (IPEC) in Las Vegas.

The three-storey building houses which covers 8,500 square metres in total incudes a wide mixture of open spaces ranging from its 900 square metre ballroom, though to office areas and hotel-style bedrooms. 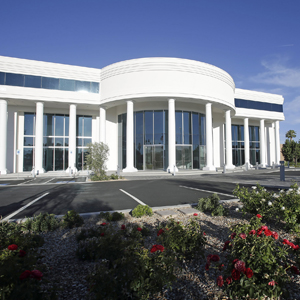 But the Nevada fire code insisted that safety appliances be installed in every small space like closets so that emergency alarms would not rely on wall penetration for them to be heard.

As an additional challenge, the building’s unique layout called for a large number of smoke dampers to be installed, each of which requires a separate smoke detector for activation. While a conventional design would have a duct-mounted smoke detector for every damper.