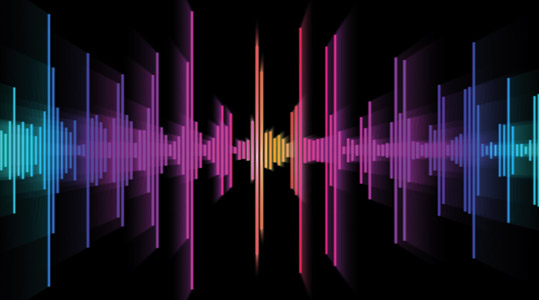 Posted at 13:50h in Features by FME Magazine
Share

It is essential that a public address system delivers announcements which can be comfortably heard by all people with normal hearing in all parts of the area which it is intended to cover. alison cousins, of Baldwin Boxall explores how clarity and quality of sound can be achieved.

Voice alarm/evacuation systems are installed in many types of public buildings and spaces, including airports, railway stations, stadia, shopping centres and high rise. They have to inform people of the best course of action to take during an emergency – a service that can save lives in incidents such as a fire, gas alert, bomb alert or other incident and, if such announcements are spoiled due to poor sound quality, tragic consequences may result.

It is not only the evacuation type messages that must be clearly broadcast and understood. There are other important or vital communications that need to be heard – such as ‘unattended luggage’ and ‘lost child’. Some of these messages will be ‘automatically’ broadcast by the system via stored, concise digital messages and others will be by manual ‘live’ announcements via a local microphone.

A voice alarm or public address system is the only way to speak to everyone at the same time; it is, therefore, essential the information is intelligible and achieves a broadcast sound character that provides clarity that is as natural, and as clear, as possible. A fact that is determined by good planning, by the quality of equipment used and the care taken in ensuring that all areas have adequate sound coverage.

One major influence with regard to the quality of any sound broadcast are the acoustics (the way sound behaves within a room or a building) of that area. Few buildings are designed with attention to the acoustic environment – the general exceptions being concert halls and theatres. Consider the difference in sound in a hotel reception area or cinema with soft furnishings and wall coverings, to the ‘harshness’ of sound in an enclosed shopping centre or airport. The very ‘fabric’ of any room or building, the ‘furniture’, the size and the use – all have an impact on the resulting acoustics.

Any sound radiates in all directions and ‘bounces off’ walls, ceilings, furniture until it is ‘absorbed’ (i.e. silent) and is referred to as ‘reverberation’. It is the amount, and the quality, of reflected sound that gives an area, or building, its characteristics.

Another factor that needs thought in relation to the intelligibility of a broadcast, is the ‘ambient’ sound. The ambient sound in a building or area can fluctuate considerably. Think of the serenity of an international airport at 0400hrs, compared to what it would be like at peak times. Because of the increased noise level and absorptive nature of people, it is necessary for the volume of any broadcast to be suitably increased in order that it can still be heard and understood.

However, you would not want the volume of the broadcast to remain high during the quiet times. ‘Too loud’ can be just as inaudible as ‘too quiet’.

Most voice alarm systems are designed with the ability to broadcast sound to separate areas of a building or space – these are referred to as ‘zones’ of which there can be many. This feature enables different areas to receive different types of message or sound at the same time. For everyday use, this may mean the routeing of background music to some areas and not others, or for staff announcements in the office but not in the reception.

During an emergency, however, the zone separation enables broadcast of relevant information according to need; i.e. it is normal to evacuate the areas in immediate danger and to send messages of alert or warning to surrounding areas (known as phased evacuation). A voice alarm system also includes the ability for one type of broadcast to override another – it will have priority levels set during design, so that the most important broadcast will always be heard.

Zonal separation of broadcast, as can be seen, is a very useful and even vital feature. However, if not done properly, there can be a ‘crossover’ of sound from one area to another.

One obvious influence of this is that of the volume being too high in a neighbouring zone. But it is not always that straightforward; it could be that a loudspeaker has been placed incorrectly during set-up, or another reason may be that the acoustics for an area has changed. Sound migration across zones could, of course, potentially be a very serious issue – particularly when different messages are being broadcast to different zones in the event of an emergency, rendering the system unintelligible.

Because the sound and clarity for understanding of a broadcast from a voice alarm system is so vital, there are steps that should be taken and have an influence on the end result.

Before the voice alarm system is on ‘the drawing board’, a loudspeaker design is produced. This will take into account the acoustic environment, the type of installation i.e. internal, external, stadia, high rise, and so on. It will consider the needs of the actual system such as the number and type of zones, as well as loudspeaker placement and individual tapping selection on the loudspeakers to achieve the required sound pressure levels.

A sound level meter may be used for acoustic background (ambient) noise measurement. This is usually in the form of a specially designed microphone that responds to changes in air pressure caused by sound waves. This type of meter is often referred to as a Sound Pressure Level (SPL) meter. A constant sound (at a known pressure) is broadcast and calculations made resulting in information that is used to decide on the placement and ‘tapping’ of loudspeakers. (BS5839-8 suggests an emergency message needs to be broadcast at a level 10dB above the ambient.) This method, of course, can only be used in already built, occupied and furnished buildings.

Placement of loudspeakers needs serious consideration. For complex acoustic areas, such as airport terminals, swimming pools, atriums and railway stations, acoustic modelling is recommended and this is normally carried out by a qualified acoustic expert. Acoustic modelling involves using specialist software to create the environment in 3D, including loudspeakers, which then predicts the realistic acoustics within the environment.

The ‘tapping’ of a loudspeaker is an independent adjustment of the voltage/watts and, thereby volume, that is broadcast from that unit. The sum of the ‘tappings’ for the loudspeakers on a single zone will be the figure used to determine the power of the amplifier in the voice alarm system required to broadcast to this zone. Baldwin Boxall consider that it is good practice to factor in a certain percentage of headroom in this figure for future expansion, and use this to provide the optimum amplifier size.

Fluctuations in the environment, such as the airport mentioned earlier, and the change in ambient sound levels, are addressed by means of ‘ambient noise microphones’. Properly placed, these units listen in and measure the level (or volume) of sound at programmed intervals. In simple terms it is the equivalent of a microphone hanging from the centre of the complex and feeding into the amplifier which then compares the ambient noise level with that of the output. The volume is automatically increased or decreased. Some ambient noise microphones include ‘band pass filtering’ which ensure that the system only responds to the ambient noise affecting the intelligibility of announcements.

Following the installation and commissioning of a voice alarm system a ‘Speech Transmission Index’ (STI) test can be carried out, if requested or required. This is a measure of the speech transmission quality. STIPA (an optimised version of
STI) and STI are the most established methods for measuring speech intelligibility.

Quality of build, historic reliability of use and ongoing support are key factors also to be considered when choosing an appropriate system. Every item from the microphone to the loudspeaker should be considered carefully to ensure that it will provide the correct functionality and have the appropriate robustness for daily use. Features on a microphone such as ‘speech volume’ indicators so that the user knows that they are speaking at an appropriate volume and the use of a cardioid type microphone which ‘hears’ only sounds from one direction, rejecting those from the opposite direction; are small factors that will reduce the risk of a poor ‘live’ broadcast.

Following installation and confirmation that all is well with the system, it must be remembered by responsible people on site that proper maintenance is vital (and part of BS5839-8). It is also vital that there is proper training for staff and anyone responsible for the use of the equipment.

It is important to realise however, that weeks, months, years following the installation of a voice alarm system, factors may
well have an influence over the continuing quality of the broadcast. The building’s internal layout may be adjusted, dividing walls knocked down or added, additional office cellularisation, changes in use with the addition/removal of furniture, floor coverings and the like, will all have the potential to change the intelligibility of a broadcast.