Posted at 21:53h in News by FME Magazine
Share

The American Federal Government has taken the steps to improve the safety of Hoverboards, the motorised self balancing two wheeled platforms that have become immensely popular worldwide with both teenagers and adults.

Faulty electrical charging equipment used to power hoverboards have been blamed for starting 52 fires in America causing more than $2 million in property damage including the complete destruction of two homes. 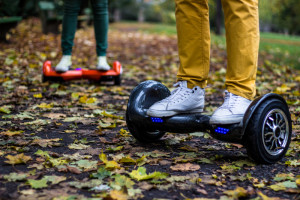 Now the US Consumer Product Safety Division has sent a letter to the boards’ manufacturers, importers and retailers that they comply with new safety standards.

In the letter from the CPSC was  a warning from compliance officer Robert Howell that any boards which do not meet the new safety standards would be subject to “detention and/or seizure.”

He said the danger had derived from the lithium-ion batteries used to power the boards which “pose an unreasonable risk of fire to consumers.”