An essential piece of the puzzle

Home > Features  > An essential piece of the puzzle 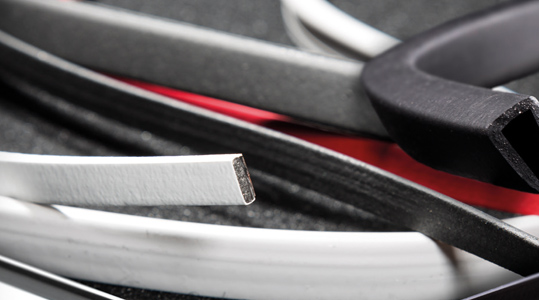 30 Jul An essential piece of the puzzle

Posted at 16:59h in Features by FME Magazine
Share

Forming a vital role in the fire strategy for a building, the fire door will provide and maintain an effective fire separating function between the building compartments, minimising the fire spread within the room of origin and restricting the passage of smoke in the event of a fire writes Andy Walsh, Technical Manager at Pryoplex.

Almost every day, we will walk through at least one and often many fire doors without giving it a second thought, and yet these highly-engineered doors can often determine the extent of the spread and damage, should a fire break out in the building. It is no understatement to suggest that their role is absolutely critical. Worryingly however, there is increasing evidence that many newly installed fire doors are not being fitted in accordance with manufacturer’s instructions or holding relevant fire test evidence. Education and best practice clearly needs some attention across the industry.

The overall performance of a fire door relies heavily on the other components that are installed with the door leaf to ensure that the complete assembly will perform as an effective and operational fire door. To clarify, a fire door assembly is made up of many critical elements: the leaf, the frame, the glazing, seals and essential architectural ironmongery such as hinges, handles, latches and hydraulic closers. The elements most likely to give rise to failure are the door leaves and the glazing of apertures. The leaves can be compromised on their integrity either through or around the edges, whilst distortion can occur in some instances. Glazing can have a dramatic impact on the integrity of a door assembly, as has been demonstrated under test conditions.

Planning correct compartmentation
There is little point in upgrading the fire resistance of a door and then not protecting the pipe duct by the side of it which runs through to the floor above, or even through to the adjacent room. Compartmentation needs to be planned and executed fully if it is to be entirely effective as part of a fire protection strategy.

The division of a building into fire zones is perhaps the most effective means of limiting fire damage, providing some level of protection for the rest of the building and maximising the time that occupants can safely exit.

In fact, the size of the damaged area would depend primarily upon the layout of the fire resisting barriers within the building. Natural compartments tend to form and by planning and implementing further restrictive components, an effective damage limitation strategy can provide upwards of 30 minutes’ protection against a fully developed fire – often an hour or more. Compartmentation is therefore key to minimising damage and safeguarding lives”.

Halls and landings need specific attention and should ideally be separated from staircases to prevent a fire from travelling vertically up the stairwell to all floors. However, in a fine, historic interior, the creation of new lobbies can have a devastating impact on the character of the interior and can be considered unacceptable. It is therefore important to balance compartmentation with daily use of the building so that it does not become overly restrictive.

Flush type door leaves will usually be constructed using a
thick central stratum or core which, in some cases, is a slab; either monolithic or comprised of smaller elements held together by adhesive or other means. Graduated chipboard is principally the most common form of construction, achieving 30 and 90 minutes’ fire resistance, with and without glazing. For periods ranging from 60 up to 120 minutes, many suitable timber doors would incorporate non-combustible linings of sub-facing materials.

Principle suppliers of door cores will have an extensive range of tested solutions, backed by a wealth of fire tested solutions covering their product range. Such providers can provide the fabricator with a comprehensive technical manual, outlining the field of application for their products and in many cases, specify ironmongery, hinges, glass and glazing systems, smoke & acoustic seals and intumescent door seals.

Furthermore, such cores are usually accredited to some form of third party certification scheme which provides additional confidence in the product and associated components.”

The importance of using specified components
Test evidence can cascade down from door core provider to fabricator and whilst this is generally acceptable, there have been instances where such practice has led to the assembly failing to achieve the prescribed level of fire performance. The reason behind this has usually been linked to the specified components from the tested assembly being substituted in favour of alternatives.

If alternative components are to be used, it’s critical to check that the proposed alternative has the correct level of test evidence and is compatible with all other elements of the system. If in doubt, seek further guidance from the manufacturer directly and a third party test house.

So, it is clear to see the vital role that a correctly specified fire door can play in a fire protection strategy. With adequate consideration, it can lessen fire damage to the building and most importantly, safeguard lives. Part of a bigger picture, the specified components used in and around the fire door are also of the utmost importance, to provide the most effective protection. One break in the chain due to poor installation or an ineffective component can result in a dramatic and undesirable outcome.

Manufacturers and third party test houses can offer significant assistance to fabricators and installers when it comes to creating the optimum fire protection system for a building.