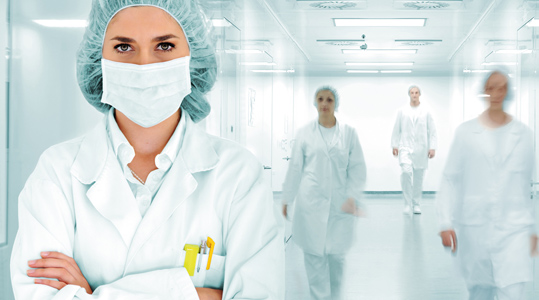 Posted at 17:08h in Features by FME Magazine
Share

What do data centres, clean rooms, manufacturing centres and hospitals have in common? They are critical facilities, where the financial and operational repercussions of equipment-related damages and downtime can be devastating and they all present their own challenges in terms of fire suppression, with the broad answer being to seek a proactive, preventative, targeted solution that stops the fire in its tracks; limiting damage, downtime and, most importantly, loss of life.

According to UL, a 2013 survey of nearly 600 data centre operators in the US showed that 91% of respondents had experienced an unplanned outage within the prior 24 months, ranging in duration from 15 minutes to nearly seven hours. The overall average cost for each unplanned outage was $690,000 per incident, with actual costs ranging from $74,000 to more than $1.7m.

With the impact on operations and reputations potentially severe, it’s clearly necessary to provide a reliable infrastructure in order to minimise the chance of disruption.

A fire in a manufacturing plant can be catastrophic, not just to the specific machinery involved, but to the entire operation. In today’s modern manufacturing industry, cutting, grinding, turning and milling equipment is very reliable but, due to the large amount of oil-based coolant they use, they represent a significant fire hazard. A drop in oil level in an EDM machine, for example, can easily result in a fire as the coolant oil and oil vapour can, in an instant, escalate a single spark into a major fire. Excessive heat can be generated by improper programming of a CNC machine or a failed tool, causing a flash-fire as the cooling oil ignites.

With an increase in lights-out, unattended operations, it’s more important than ever to install a safe, reliable fire suppression system to keep fires contained and extinguished quickly, minimising risk, damage, and expensive downtime.

Clean rooms present a high risk of fire with costly consequences. They contain high value equipment, extremely flammable liquids and gases and many electrical components, and some processes require temperatures in excess of 800°C. Add to that the fact that the work being done is high value and particularly sensitive to damage, and even a small fire with relatively low physical damage can result in significant loss of production while the room is being decontaminated.

For example, according to a 1995 study by Munich Reinsurance, a fire that occurred in a 465sq m clean room was extinguished by a single sprinkler, but it took 74 days to clean up and resume operations. This demonstrates the need for an automatic system that can detect and suppress the fire at source, minimising contamination of the clean room and allowing most time to respond to a threat.

Hospitals are of course the most critical facilities of them all. In addition to servers, generators and massive electric systems that present a fire risk, they significantly also have a population that is a) in a vulnerable state so any interruption could be fatal, and b) can’t self-rescue. And as healthcare facilities have advanced and become more sophisticated, their reliance on equipment, specialised environments and computer systems has increased.

Keeping emergency and standby power generators and uninterruptible power supply (UPS) systems going is imperative, as they can literally mean the difference between life and death. Although critical equipment will usually be located in a room with ‘general’ building fire protection, the damage caused by a fire within the equipment itself – before it grows large enough to activate the fire alarm – can have serious repercussions. Although the buildings that house critical equipment will always be protected with a fire alarm/sprinkler system, protection for specific, critical equipment and micro-environments shouldn’t be overlooked. Replacement or repair can take weeks, even months, as the equipment may be highly specialized and difficult to source, so it makes good sense to incorporate supplementary fire protection to the interiors of equipment that is vital to operations.

For all of the critical facilities listed above it would be wise to seek out a fast, reliable 24/7 automatic fire detection and suppression system like Firetrace that prevents collateral damage by acting before sprinklers discharge. A pneumatic operation that activates even when emergency backup power fails, and doesn’t interfere with equipment operation and maintenance. Look for ‘clean’, non-toxic, non-conductive fire suppression agents like FM 200 or Novec 1230, which require no clean-up, are safe for use in occupied areas and on powered up equipment and won’t harm electronics.

Installing such an automatic system, where the detection
and suppression take place while the fire is still confined to the originating enclosure, can mean that the impact of a fire is actually comparable to a simple blown fuse. In fact the damage within the micro-environment is often limited to the failed component, meaning a much faster and less costly repair.