A demand for vertical cities 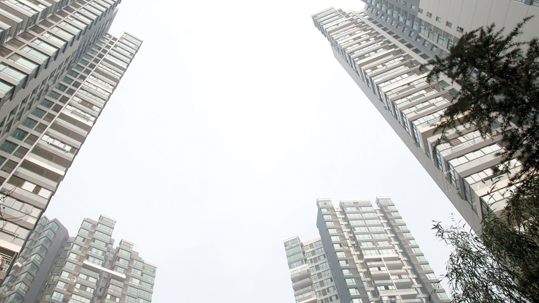 27 Mar A demand for vertical cities

Posted at 16:35h in Features by FME Magazine
Share

2015 was a landmark year for tall buildings reflects Peter Stephenson, Business Development Manager, Warrington Fire. Across the globe 106 tall buildings (above 200 metres or 656 feet in height) were completed. This surpassed the previous record of 99 (2014). The vast majority of new skyscrapers have been erected in Asia, particularly China, with the USA being sixth place with two skyscrapers completed.

With an ever-increasing population the demand for tall buildings will continue, particularly in city centres and downtown areas. The connection between the size of cities and the concentration of tall buildings can be explained as large, dense cities frequently depend on transit to move large numbers of workers into their city centre business districts thus creating the demand for ‘vertical cities’.

High-rise buildings have attracted significant attention within the fire safety community around the world over the years. The provision of multiple floors of a high-rise building requires large numbers of people to travel significant vertical distances on stairs in order to evacuate the building. The general public, authorities having jurisdiction (AHJ), local, regional and federal governments, as well as the design, build, and management communities are all affected by high-rise building safety.

International fire codes and standards have developed to provide best practice advice to design teams to ensure the safety of all building users, including operational firefighters responding to emergency calls. It is important for design teams to engage with Civil Defence or local fire departments to fully understand their operational response procedures to high-rise buildings, as these can vary dependent on local/regional conditions. This insight will give an appreciation of the practical challenges they encounter.

Identifying the key challenges in fire safety design and escape planning in tall and super-tall towers requires a careful balance of architectural vision with fire safety provisions in the high-rise building design. It is important for the design team to assess the unique considerations for fire safety in tall buildings including:

From a design perspective the requirements for the components of egress must be fully considered by the project team. A full analysis of the interaction between the following components must be undertaken:

In addition, the building design should fully address the requirements for:

Some of the key challenges facing the design team are the extended evacuation times due to the height of the building, the pronounced stack effect, water supply limitations and the maximum aerial reach of Civil Defence ladders. Generally, fire codes will ensure that Civil Defence and their firefighting vehicles have approved access ways with clear width dimensions and load carrying capacities across developments and buildings. The design team will need to ensure that firefighters are able to reach a fire quickly with their equipment and establish a fire ground command and control protocol in order to deal with a fire safely and effectively and with sufficient water supplies for a protracted incident. The inclusion of a fire command centre (FCC) is a common design requirement in regional and international fire codes to support Civil Defence operational response.

As highlighted above, a key challenge with tall structures is the time required to evacuate the building. With some high-rise structures having well over 100 mixed-use floors, with thousands of occupants, the evacuation can be over a protracted period if all building occupants need to leave the building. Human behaviour during an alarm condition is a key factor in the building design and on-going management.

A building with a history of unwanted false alarms can lead to a lack of confidence in the fire systems from the building occupants who may be reluctant to respond to what is perceived to be another false alarm. To overcome this, it is important to have a well-designed, maintained and managed fire alarm system incorporating the facility for directed voice messages to guide and direct the building occupants during an incident.

The evacuation process must be managed in stages or phased approach adopted so staircases and emergency exits can safely accommodate the design occupant load. Typically, the areas closest to a fire need to be evacuated first, in what can be a rapidly evolving situation. The floors above and below the fire come next and, at the same time, the floors at the bottom and top of the building (if the fire is in the middle floors), will be evacuated. Other floors will be alerted and this will form part of the building fire systems cause and effect.

Due to the complex nature of many multi-occupancy high-rise buildings there is the potential for multiple signals occurring simultaneously in adjacent areas (vertically or horizontally) and in open atria and common areas that span many building compartments. The use of live voice notifications from Civil Defence, indicating when users should prepare to evacuate should be a key design consideration.

Where voice alarms are provided, the fire system should ensure that any messages are clear and understandable, remain synchronised and properly indicate the evacuation sequence. There are various national and international standards that cover this.

Another challenge in high-rise buildings is the importance of smoke control and airflow, both in aiding firefighters in controlling the spread of the fire and in ensuring that evacuation routes are kept clear of smoke. The smoke management strategy can incorporate fans and dampers, using either the building’s HVAC (heating, ventilation and air conditioning) system or using a dedicated smoke control system to manage airflow through the building in the event of fire.

The air handling system in any building is highly significant when there’s smoke or fire, but in a high-rise it can be critical and can have a major impact over the spread and extent of the smoke/fire. The interaction between active and passive fire systems and their operational co-ordination through the cause and effect matrix is a key design consideration for inclusion in the fire strategy.

Adequate primary and emergency lighting in any building is a key design consideration and its importance cannot be overstated in a high-rise building. Modern emergency lighting panels can self-test each luminaire and ensure they work when there is a failure of a main or sub-circuit. The range of choice for luminaires, both traditional and LED is now extensive and environmental lighting can be converted to emergency use, delivering compliance and performance benefits.

In the future, we are likely to see a move towards even more intelligent systems that focus on directing the public towards a specific exit route, as opposed to simply lighting up the area. The technology to do this does exist, but with limited guidance in codes and standards, there is often a reluctance by the authority having jurisdiction (AHJ) in the region to accept these systems.

Emergency lighting is not only there to ensure escape routes are visible, illumination is also needed to assist firefighters. In high-rise buildings, you may also need to provide standby or ‘stay-put’ lighting to allow for prolonged use of ‘refuge floors’ whilst building occupants are awaiting safe evacuation.

High-rises present challenges to the fire service that other buildings do not.  Correctly specified fire rating to the building structure provides some advantages in regard to structural combustibility, however the logistics of operating well above the street access level presents unique challenges to Civil Defence.

A relatively new concept to support protracted operations in high-rise buildings is the introduction of firefighter air replenishment systems (FARS). These systems are basically building installed standpipes for air supplies, some of which are equipped with on-site air storage systems. These systems provide firefighters with the ability to continue operations without the concern of running out of air in the operational areas.  It is a key consideration operationally to manage the demand for air replenishment, especially in an escalating fire where many floors have to be searched and operations are challenging due to heat conditions which require the relief and rotation of firefighters. Some cities in the USA have already adopted FARS, which is now contained in the 2015 International Fire Code under Appendix L.

This type of innovation, once established internationally, is likely to provide regional Civil Defence firefighting teams an additional level of tactical approach to dealing with high rise building fires.